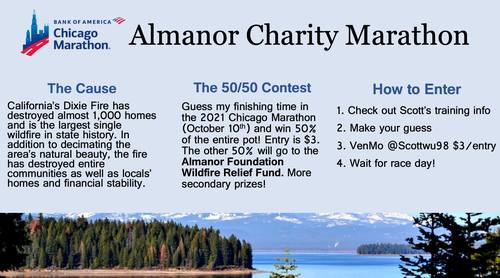 Scott Wu grew-up in Orinda, California. His grandpa, Carl Blaha, has owned a house in Hamilton Branch for 30 years and throughout his childhood, Scott spent time every summer at Lake Almanor fishing, biking, running, hiking and swimming. Most mornings, he would wake up his grandpa very early to troll for trout near the Branch. On special days, he and his grandpa would go into Chester to get ice cream or drive up to Lassen National Park and play in the summertime snow. July 4th parades were always a favorite of his as well.

Scott loved the nature and wildlife in the Plumas and Lassen areas. Any chance he could, he would hike along the Pacific Coast Trail, run near Mountain Meadows Reservoir and search for deer and bears in the National Park. To him, there was nothing more beautiful than Lake Almanor itself.

Now a medical student at Northwestern University in Chicago he still makes time each summer to visit Almanor and spend time with his grandpa. This past summer, he spent over a month at Almanor working remotely on clinical research for medical school.

Scott always recognized that Almanor was at risk for catastrophic fires, and remembers the Chips Fire quite vividly.  While watching the Dixie Fire reports, Scoot grew increasingly upset and sad as the fire grew in size, shooting through the valleys and mountains and taking out entire communities. He had driven through Greenville just a month before Dixie took it away. The devastation and effect on the community and many others are still incomprehensible to him.

Scott knew he had to contribute to the recovery efforts and decided to use his participation in this year's Chicago Bank of America Marathon as a vehicle to raise monies for the Wildfire Relief-fund. The contest he created was guessing his overall finishing time in the race with the closest entrant keeping half of the pot, with the rest going to the Almanor Foundation. The contest received overwhelming interest and support quickly eclipsing $500 worth of entries, then it was up to $1,000. Many of the participants were family members of his girlfriend who lives in Australia; they noted the recent horrific fires in Australia and the help of many CA fire crews attributed to them to support his contest.

Wu ran the marathon in early October. His best friend, Tyler Larsen, a California native himself whose own family home near Shaver Lake was nearly destroyed by fires last year, guessed a time that was only 6 seconds off his finishing time of 3h:39m:45s and won the contest. “True to his nature as a kind and selfless friend and Californian, Tyler decided to refuse the winnings and donate the entire $1,000 to the Almanor Foundation,” says Scott.

Scott says he will always make time to return to Almanor, even if only for a few days. As a medical student, his schedule is relentless, but so is his love for Almanor. Good news for us is that someday Scott wants to volunteer or work as a medical professional around Almanor.

Please note: Scott wants to thank the Almanor Foundation for their work with the Dixie Fire wildfire recovery efforts and to thank all the firefighters, community members and first-responders that helped mitigate the damage and effect of the fire on Almanor and surrounding communities. 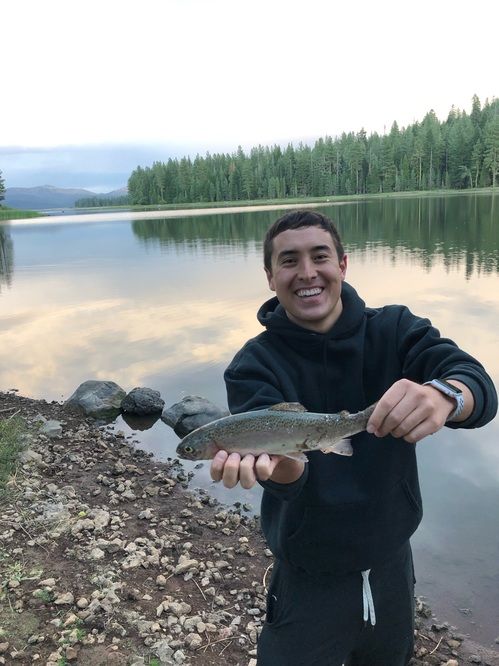